Bats get a bad rap. Considered by many to be nothing but rabies carriers, or scary creatures of the night that will tangle in your hair (pleeeease, that is a myth), the general public is not aware of just how beneficial these animals really are to our ecosystems. As the largest predators of night flying insects, and critical pollinators and seed dispersers bats are a vital component to the natural order of things.

But bats are in deep trouble. Dying at an alarming rate from an insidious disease called White Nosed Syndrome, which has killed millions of bats in the eastern United States and is spreading westward, they are facing one of the most accelerated and dire wildlife crises in the past 100 years. It is time that people understood just how beneficial bats are to us and just how devastating it would be should we lose them. 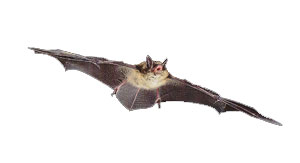 For more information on bats see below:

Why Bats are Beneficial